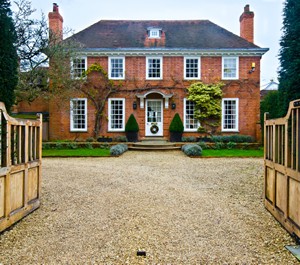 The number of home owners in Britain whose property is worth £1 million or more has increased by 75,796 or 14% since January, according to the latest research.
This 14% rise over the past year takes the total number of British so called property millionaires to 622,939, and means that 2.2% of all home owners have a property worth £1 million or more, up 1.9% over the past year.

Of these million pound home some 82% are situated in London and the South East, a breakdown of the data from property website Zoopla shows. But Wales has the fewest and the number in Scotland have fallen by 4.5%.

London, long the nation’s property powerhouse, has once again dominated the property millionaire league, with well over half (61%) of Britain’s million-pound piles located in the capital. In total, 380,337 homes in the city are now above the million-pound threshold, marking a 33,871 – or 10% increase – since the start of the year.

Within London the boroughs with the highest number of property millionaires are notoriously expensive areas such as Westminster with 51,607 and Kensington and Chelsea with 44,972 but they have seen the smallest rise in £1 million plus properties of any borough over the past year, up just 0.9% and 0.6% respectively.

Meanwhile, the boroughs that experienced the greatest increases of over 55% are within the top 10 lowest average priced boroughs in London including Barking and Dagenham, Newham, Redbridge and Waltham Forest,

Outside of London, the East of England and Yorkshire and the Humber saw the largest increases of million pound properties, up 28% and 24% respectively since January.

At the other end of the spectrum, Wales has the fewest million pound properties in Britain with only 1,404 in total despite, an 11% rise since January. Scotland was the only country to see a decrease in number of million pound homes in 2015, falling 4.5% to below 9,000 since the start of the year.

Areas such as the East of England and Yorkshire have seen bigger percentage rises in the numbers of property millionaires over the last 12 months compared with the south which typically dominates each year.

However the number of properties valued at more than £1 million in the south still outweigh the rest of Britain boosted by wealthy hotspots such as Kensington and Chelsea and Westminster.

With an improving economy and the ongoing lack of housing supply, this continues to put upward pressure on house prices at all levels of the market and has nudged a whole new raft of properties over the £1 million mark. A price tag that was once the exclusive preserve of stately homes or massive mansions is now an increasingly common label for more modest houses, particularly in London.

If you are looking to purchase or rent a property in London and the South East contact Prime Property Finders the home finding specialists.

What Our Clients Say

Prime Property Services really are cut above the rest. Reliable, honest and deliver an outstanding service all round.

Adam has sourced a number of investement properties for me…I would never go anywhere else.

‘Prime Property Finders helped us out when we needed to rent a property after returning from overseas.  The service was fast and efficient, with a range of sensible options presented to us.

You took all the grief out of the property search process, as well as saving us money